Here at Reeder Distributors, we offer DEF and Chemicals to driving companies in Texas and Oklahoma, among many other fleet vehicle services. Believe it or not, our commercial vehicles are the lifeblood of our country, and our population relies on them to survive. To honor all of the drivers out there moving our important products to and fro, here are some fun car facts for you to enjoy.

From ancient Latin, “malum prohibitum” means “wrong because prohibited”, as opposed to “malum en se”, which means “wrong in and of itself”. A good illustration of a law that is malum prohibitum is in Shanghai, China, were red cars are banned. We don’t know what their justification is, but we can’t see any fault in a red vehicle.

You may think that the most effective deer hunters out there are, well, deer hunters. But the truth is that many more deer are killed by drivers than hunters. So who is the real hunter? The pro with a rifle in a ghillie suit, or the teenager texting and driving?

There are a lot of famous car out there, you could likely list many of them yourself. But have you ever wondered what the world’s most recognizable vehicle is? That title goes to the 1967 Shelby Mustang GT-500. What made it so popular that more people can recognize it on the street than any other type of car? Its appearance in the movie Gone in 60 Seconds.

There’s a First for Everything

There is a first for everything, and the same holds true for automobile races. The first one ever held was in Chicago in 1895. The winner of the race was Frank Dureyea, who won with an average speed of about 71.5 miles per hour.

Another automobile first was the first wreck. As far as records show, the first car wreck was in 1891 in Ohio.

Stuck in the Middle With You

The whole point of driving is to get places fast. That must be why drivers get so darn frustrated when they get stuck in traffic. And the hours stuck in traffic in this country are only going up. According to one study, the average American will spend a total of 38 hours of their life each year stuck in traffic. That is a lot of time that could be better spent elsewhere.

A car is only as useful as the person behind it. That means there must be a lot of useless cars in Los Angeles. Why is that? Because in LA, there are actually more cars than there are people. What do they even do with all of those excess cars?

We all remember Mr. Rodgers, the popular television star who taught us all life lessons from a young age. But not everybody knows that he once had his car stolen. Of course, this being Mr. Rogers, the thief ended up returning the car back to him the second he found out who it belonged to. Leave it to Mr. Rogers to show a thief the way without ever talking to the guy.

Hopefully you enjoyed these fun car facts. If you are looking for DEF and chemicals in Texas or Oklahoma, Reeder Distributors is the company to call. We also offer bulk lubricants, fuel delivery, and fleet cards. For more information about how our services can benefit you, please do not hesitate to give us a call at your earliest convenience. One of our friendly and knowledgeable representatives will be happy to answer any questions that you may have. 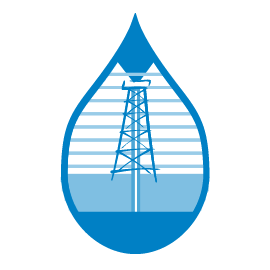